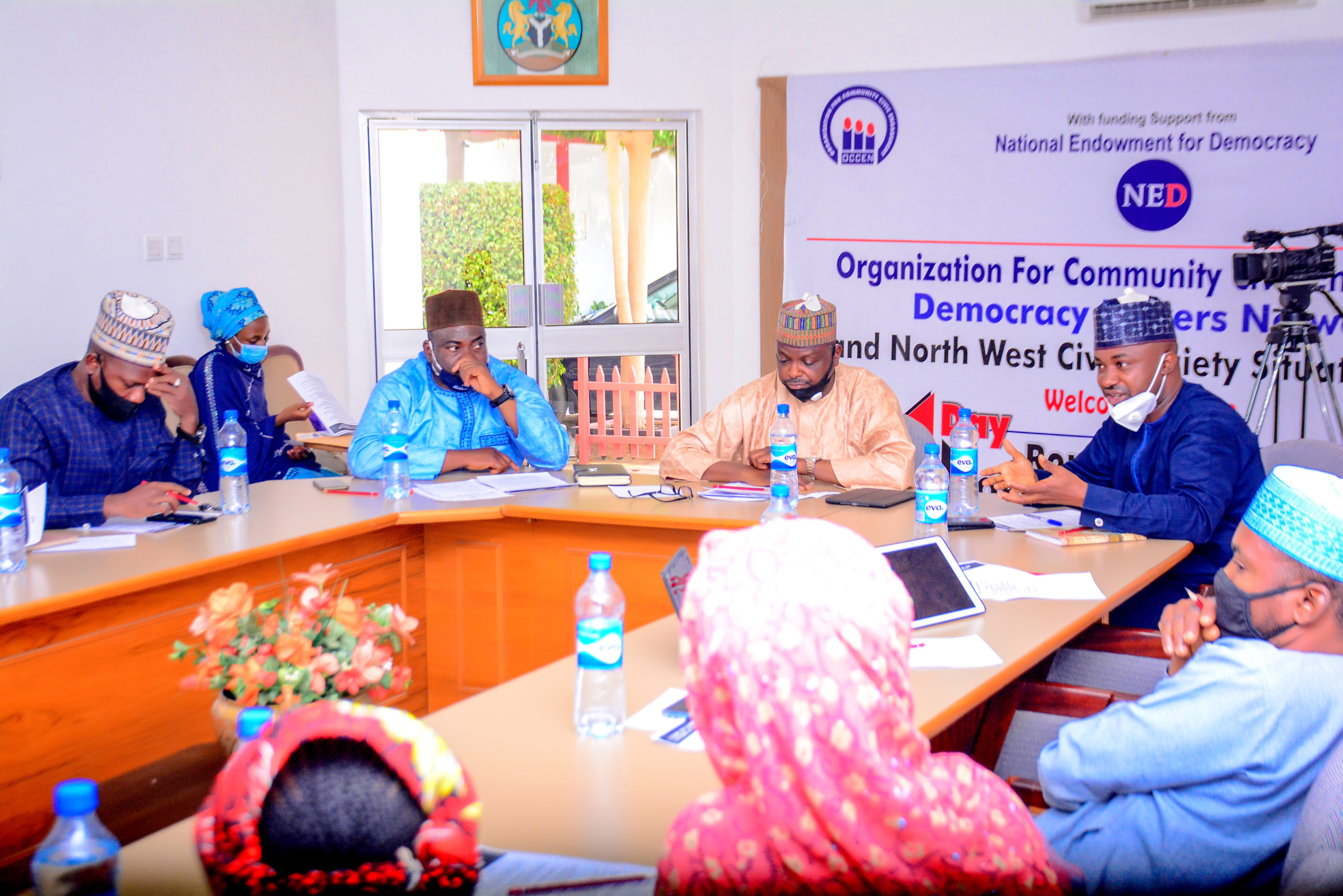 At the end of the program participants have come up with the following resolutions:

That for the purpose of the nomination of candidates for election, the total fees, charges, dues, and any payment howsoever named by a political party on aspirant shall not exceed:

6. That section 49 (2) of the Electoral Act 2010 be amended to empower the Independent National Electoral Commission (INEC) to adopt technology in the accreditation of voters to verify, confirm or authenticate a voter. This will limit multiple voting or voting by proxy.

7. That section 124 of the Electoral Act 2010 be amended to impose stiffer sanctions for bribery and vote buying. Anyone convicted for this offence shall be liable on conviction to a maximum fine of N1, 000, 000 and 12 months imprisonment.

8. That section 29(3) of the Electoral Act 2010 should be amended to read: “Security personnel deployed for the purposes of the registration of voters or elections shall abide by the Inter-Agency Consultative Committee on Election Security (ICCES) Code of Conduct and Rules of Engagement for Security Personnel on Electoral Duty. Any security personnel who violates the Codes of Conduct and Rules of Engagement on electoral duty commits and offence and shall be liable on conviction to a demotion in rank, dismissal, fines, or imprisonment.

9. That section 25 of the Electoral Act 2010 be amended by inserting a new subsection (3) to read: “In an election into any of the offices in subsections (1) and (2) above, the commission shall allow a person to apply for and cast a special vote prior to election day, if, on election day, that person cannot vote at a polling unit where they register as a voter because:

At the end of the 1-day program organized by OCCEN participants have, in addition to providing alternative suggestions to the Citizens’ Top 10 Priorities on Electoral Act Amendment, raised the following issues for consideration: