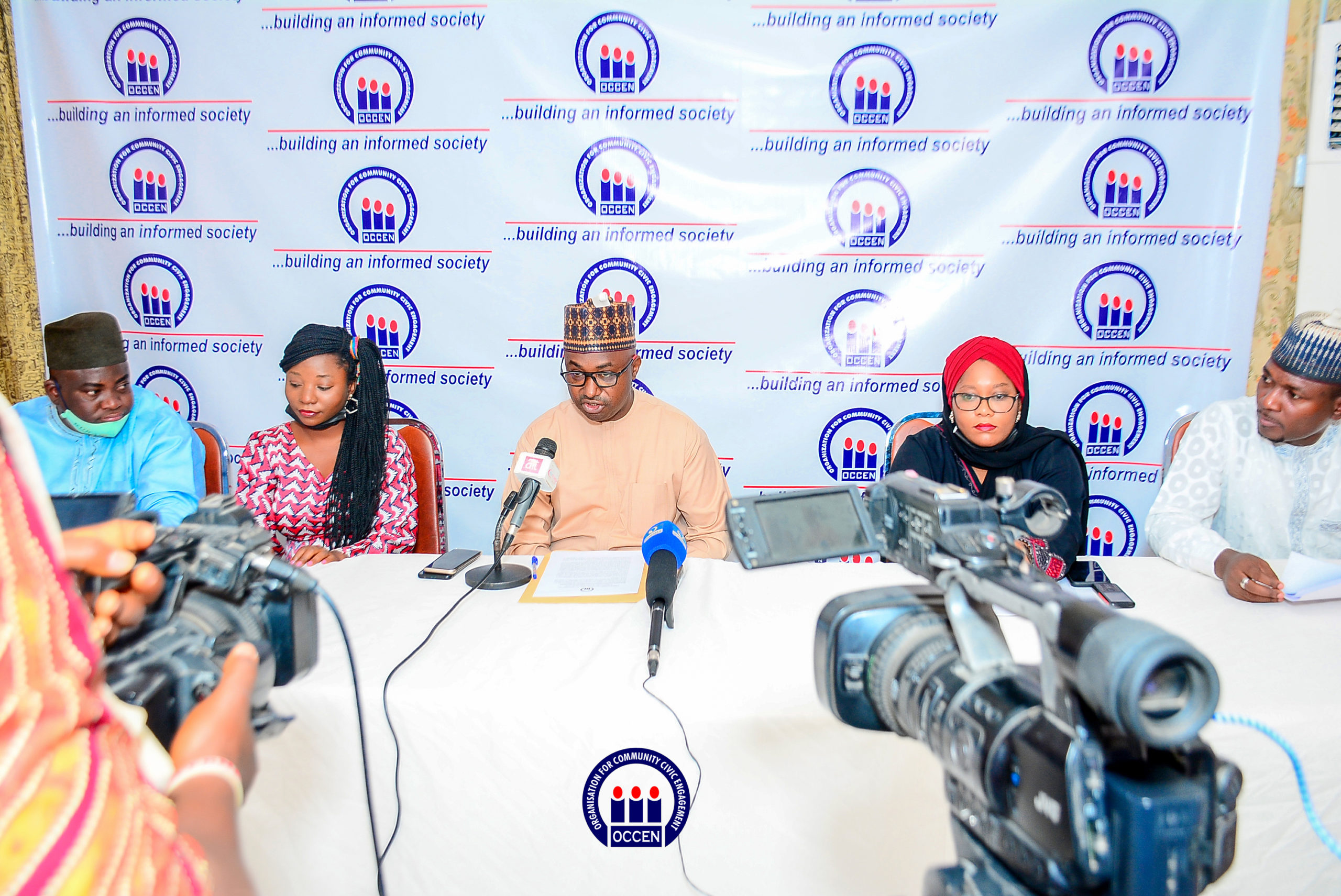 Mr President, Let History be Kind to You by Assenting the Electoral Bill!

Dear press members and colleagues in the civil society, very good to see you all. I am pleased that we can meet on this very important matter of Nigeria’s electoral reform. I am reading this statement on behalf of the Organization for Community Civic Engagement (OCCEN), but also delighted seeing credible faces of CSOs here with us in solidarity.

The move by the National Assemblies to provide sanity and transparency in our nation’s electoral system by passing the Electoral Reform Bill 2021 has been a welcome development to many Nigerians. The bill promotes the use of direct primary, as well as the electronic transmission of election results. This move appears to be one of such rare occasion in which the National Assembly, civil society organisations and the Nigeria citizens in general are very much on the same page.

Unfortunately, with only two weeks left until the deadline, the President is yet to assent on the bill and has been foot dragging and unjustifiably delaying on the bill. This should be very worrying to every Nigerian because it appears that the President is listening and giving priority to some powerful and selfish categories of politicians who felt threatened that the return of candidate selection to citizens will depose them of their firm grip on political parties. Sadly, this issue is taking a similar approach to how the president behaved pre 2019 election which made INEC to use the 2010 electoral act for the conduct of the election despite all the deficiencies in the law. The President need to put aside the selfish interest of a category of politicians and focus on what is in the best interest of Nigeria and its citizens.

It is very clear to every peace loving citizen and to all progressive that the conduct of party elections by direct primaries in Nigeria remains the most transparent mode of nominating candidates. This approach promotes return of power to the people, by creating a room for more citizen’s participation which results in in advancing an equitable level-playing ground for all aspirants as well as emergence of popular candidates. While the current system of indirect primaries have handicapped women and youth from achieving political leadership and the Not Too Young To Run bill has so far failed to bring any positive change, the direct primary approach will significantly reduce the marginalisation of women and youth in the political process. It will also significantly solve the problem of God-fatherism and will promote intra-party democracy. Over the last two decades, it is evident that the indirect method of selecting candidates using delegates have been controlled by a few political actors who skewed the selection of delegates in favour of their supporters, and because of this unjust system, quality leadership and representative have been lacking in in every aspect of our public sphere. Thus, this bill will promote the right of people in the parties to make decisions, in selection of political candidates.

Nigerian Civil Society Organisations and Trade Unions including the Nigerian Labour Congress (NLC) are presently among the major supporters of the Electoral Act Amendment Bill. Most recently, the NLC have written a letter to the Mr President dated November 23, 2021, titled ‘Please assent the Electoral Bill’ urging him to not to yield to pressure from state governors and other selfish politician, describing their opposition to the bill as ‘a classic case of greed for political power, inordinate ambition, a ruthless quest for command and control in a democracy and mindless expansionist tendencies’.

It is thus imperative that the President should demonstrate courage and leadership to upheld and protect our democracy. It is understood that the president have written to INEC seeking advice regarding the Electoral Amendment Bill. However, this seems like a tactics adopted by the presidency to look for reasons to reject the bill such that any non-conforming comment from INEC that seems not to favour the bill will be used as a reason to throw away the bill. The President should understand that history will not forgive him if he refused to assent on the bill before him, favouring the interest of selfish political class against the interest of our citizens and democracy.

As it stands, some members of the National Assembly (NASS) have vowed to veto the President if he declines signing the bill, a right the constitution have bestowed on them, and from all indications they do have the numbers to achieve that constitutionally, provided politics and lobbying does not distract them from doing the right thing. If the situation tow such a path that will be dent on the legacy of the president and the history of our democracy will not be kind to him.

Thank you for your time.